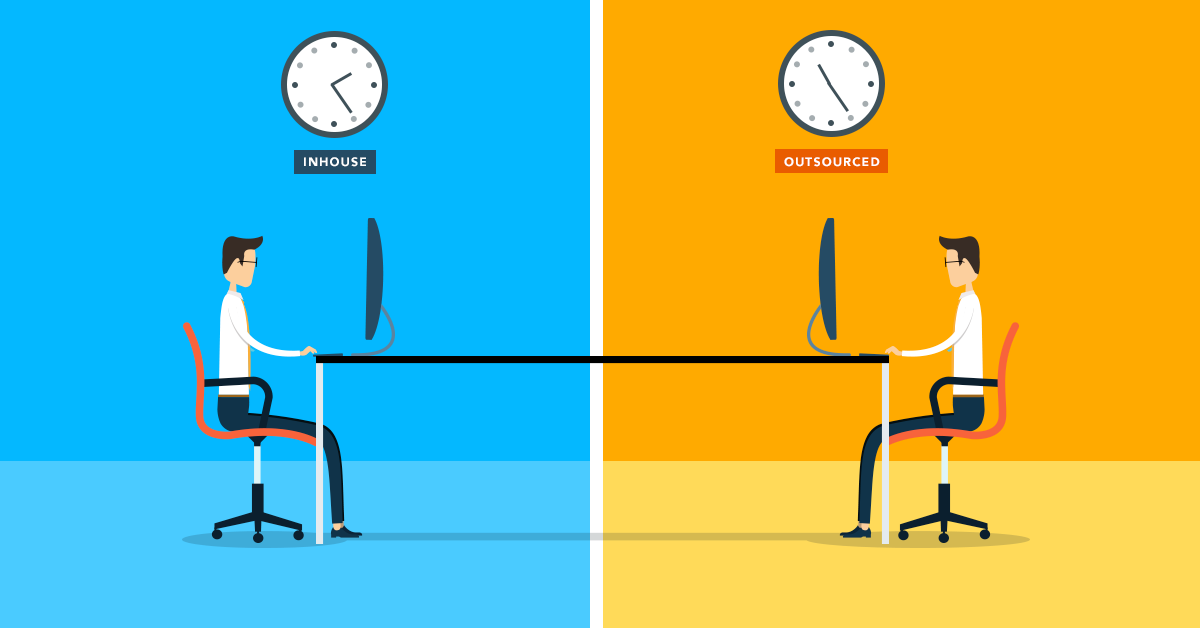 “We want to focus on the core of our business, improve our efficiency and cut costs.” This is the mantra of digital agencies who offshore their development.

Why you should consider staying with onshore development teams

On the face of it, that sounds pretty good — avoid the ‘high’ costs of production at home and have key staff concentrate on business development. However, many who jump into offshoring services find it’s a false economy owing to inefficiencies, distractions, and mistakes, which lead to a litany of hidden costs and can cause reputational damage.

This is not to say that offshoring can’t work—it absolutely can—and we’ll talk about that, too, but first… the hidden costs.

The responsibility to manage offshore development teams often falls to high-level in-house developers and they’ll no doubt be communicating across time zones and cultures. The logistics of this can be fraught and lead to some pretty frustrating delays.

Say—while an agency sleeps in Australia—its offshore devs are coding but are doing something wrong. Australia wakes up, goes to work, and picks up on the error. There’s potentially eight hours up in smoke plus the additional hours required to fix the problem — all of which, of course, will all be added to the bill.

It’s difficult to generalise, but most offshore dev service companies are neither employed to be nor inclined to be proactive, speak up about potential errors, or solve problems — they are more likely to put one foot in front of the other and follow instructions to the letter.

Mitigation of this only comes when in-house developers painstakingly create extremely specific briefs that leave no space for interpretation or the creative solutions onshore devs regularly provide. This pulls onshore developers’ focus from other tasks to the point where hiring additional in-house resources becomes an option.

When offshoring on a six month project, for example, agencies and their clients need to be prepared for weeks worth of hold ups due to errors in communication, overnight mistakes, unforeseen changes in the project, and lengthy approval and feedback loops. They should also be prepared to go through more testing and reworking.

And then there’s the travel time and costs — either the tech leads will have to go abroad and meet the offshore dev team or vice-versa, because it’s the only way to really see what is working and what isn’t.

Built not to last

Digital agencies with 100% onshore staff build their brand on reputation: quality, timely delivery, rapport, and trust. However, it’s a whole lot harder for agencies with 70% of their staff offshore to do the same.

High attrition rates and a high demand for offshore services can mean offshore devs have little incentive or accountability to build something of high quality that can be scaled, rebuilt, reworked, or even easily maintained. Before they know it, they’ll be working on a different project.

A lot of developers will testify to the difficulty of unpicking code written by offshore devs. The scale can be anything from pretty tricky to impossible, which makes even simple changes a headache for the developer managing an offshore team.
Then, when it comes to V2 or a rebuild companies are often better off scrapping the original entirely and starting from scratch because the system just wasn’t built to scale up — or to last.

The value of trust

Most organisations worry about the security of their IP. At home, it’s protected by the law of the land, and by non-disclosure and confidentiality agreements. It’s even protected by proximity — its just a bit harder to steal from your neighbour.

It is much harder to trust offshore companies you’ve never met. Can you trust them with your unique idea? Can you rely on their legal system to fix things if you do get burned? How much will it cost to get a lawyer who is an expert in their local law? These are the tough questions organisations have to ask of digital agencies who outsource offshore.

Offshoring can make sense and it can work

Big companies with the capacity to plan years in advance and exert huge amounts of control can do well offshoring parts of their development.

When it works, projects are thoroughly planned out and split into small components. They are then comprehensively briefed and devved abroad. Integration happens at home through high-level developers, and quality assurance staff are hired to dot the i’s and cross the t’s. The key is transparency — agencies always come unstuck when they aren’t upfront about their offshore practices with their clients and it just takes one unexpected delay.

Offshoring can also be the right option in some other circumstances. For example, if an entrepreneur wants to test an idea, they could have an offshore team dev the absolute minimum viable product. Then, the core functionality of this bare bones MVP (ie. no bells, no whistles, and the simplest of designs) could then be tested on potential users and have feedback sought. With positive test results, the app could then be devved with proper investment — preferably onshore.

There are lots of reasons — many we’ve already spoken about. However, a big one for us is our relationship with our clients. They love to be able to step into one of our meeting rooms at the end of a sprint and speak to every single person who has touched their project — face to face. It makes for an unbeatable service and we strongly believe it’s a major factor in our high client retention rate.

We build our reputation on quality, rapid, nimble development and design and we wouldn’t have it any other way.